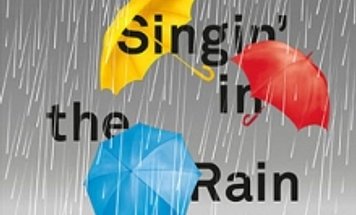 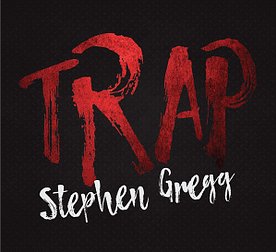 MENACHAP, CALIFORNIA. An incomprehensible event: every person in the audience of a high school play falls unconscious--every person but one. Using interviews with witnesses, loved ones, first responders, and the investigators pursuing the case, a theatre ensemble brings the story of the strange event to life, documentary-style. But as the strands weave together into an increasingly dangerous web, it becomes clear that this phenomenon might not be entirely in the past. Unnerving, exhilarating, and wildly inventive, you've never walked into anything quite like Trap.

The holiday classic soars off the screen in this Broadway Junior, 60-minute musical adaptation of the beloved television special. Filled with holiday hits like "Rudolph the Red-Nosed Reindeer" and "A Holly Jolly Christmas," Rudolph the Red-Nosed Reindeer™ JR. features all of your favorite characters including Santa and Mrs. Claus, Hermey the Elf, Bumble the Abominable Snow Monster, Clarice, Yukon Cornelius and, of course, Rudolph. It’s an adventure that teaches us that what makes you different can be what makes you special.

Because of his shiny nose, Rudolph doesn't feel like he belongs in Christmastown and sets off to find a place that accepts him. Along his journey, he encounters fellow misfits, only to realize that home is where he has belonged the whole time. When a storm threatens to keep Santa's sleigh from taking flight, it's up to Rudolph to save Christmas!

Singing in the Rain

by Betty Comden and

The "Greatest Movie Musical of All Time" is faithfully and lovingly adapted by Broadway legends, Betty Comden and Adolph Green, from their original award-winning screenplay in Singin' in the Rain. Each unforgettable scene, song and dance is accounted for, including the show-stopping title number, complete with an onstage rainstorm! Hilarious situations, snappy dialogue and a hit-parade score of Hollywood standards make Singin' in the Rain the perfect entertainment for any fan of the golden age of movie musicals.

Singin' in the Rain has all the makings of a Tinseltown tabloid headline – the starlet, the leading man and a love affair that could change lives and make or break careers! In silent movies, Don Lockwood and Lina Lamont are a hot item but, behind the scenes, things aren't always as they appear on the big screen! Meanwhile, Lina's squeaky voice might be the end of her career in "talking pictures" without the help of a talented young actress to do the talking and singing for her.

Get Your Tickets Today!

Singing in the Rain

Hopefully all of the productions will take place in the LPHS Auditorium.  Tickets can be purchasded in advanced through EventBrite.com approximately three weeks before each show.

Tickets can also be reserved by emailing jjoyner@ccboe.com.